Who is This Temple Really Dedicated To? 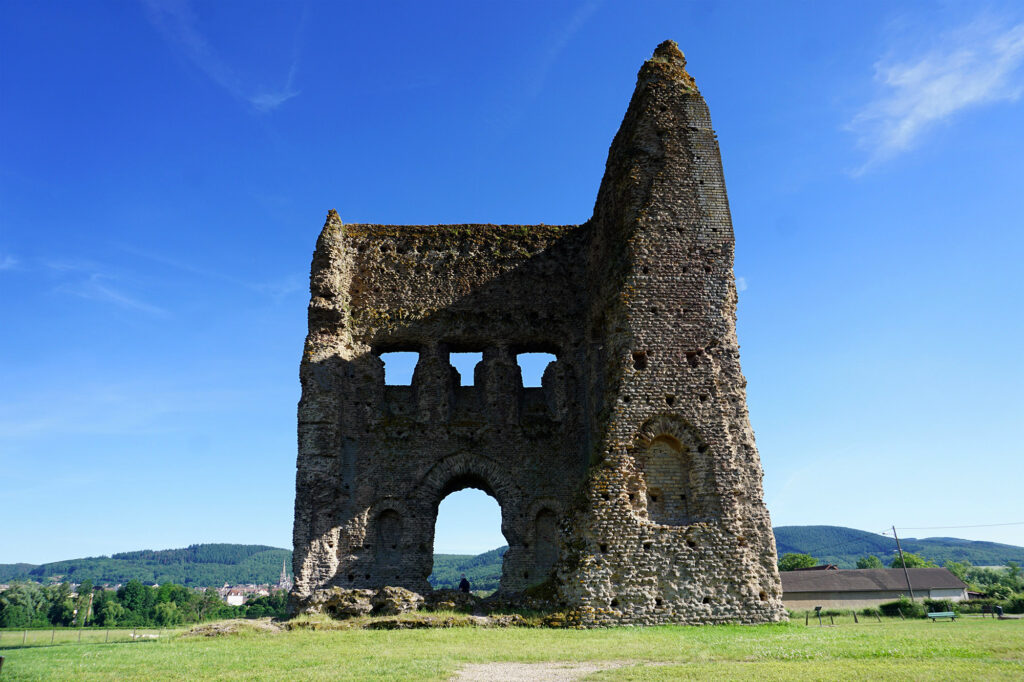 Dominique and I are passionate about exploring sacred sites.

We love to decode the solar sacred geometry used to build them and love to discover their healing energies. We are often surprised by what we find, and one such surprise was the Gallo-Roman Temple of Janus, located at Autun, France.

Autun is located in the Loire valley, a famous wine region inhabited since Neolithic times.

A vast Neolithic enclosure was found near the temple and is still being studied. The Celtic tribe of the Eduéns had also settled in this area. Afterward, the Romans built their city called Augustodunum. Celtic people were wine lovers and cultivars. Some believe that the Romans conquered Gaul because of their wonderful wines!

The Temple of Janus dates back to the 2nd half of the 1st century and sits on a plateau northwest of Augustodunum. A mystery surrounds who the temple was actually dedicated to. In the 16th century, historian Pierre de Saint-Julien de Balleure thought it was dedicated to Janus. But, the name could actually be a corruption of the toponym Genetoye which means where the broom grows.

Who is this Roman God Janus?

He is the god of duality, doors, gates, and transitions. Because every door and passageway had two directions, Janus was depicted with two faces, keeping an eye out in the front and back. He is also the god of beginnings and endings, the gatekeeper, and he protected the start of all activities. His shrines in Rome were all located near the crossings of rivers. In his early days, he was associated with waterways and bridges. Interestingly in ancient cultures like the Hindus, the Tibetans, and the Chinese, water crossings were considered a doorway for spirits to interact with the human world, particularly demons.

The Romans were masters at syncretism, meaning they combined different local beliefs and traditions to ease the transition of Roman rule. Many times, the names of their temples were a combination of Roman and Gaul gods, like the goddess Sulis Minerva. Mercury was often associated with Lugh, the Celtic god of light.

The Romans often build their temples over pre-existing Celtic ones or even Neolithic sites.

The temple of Janus was a fanum, a type of religious sanctuary commonly found in Roman Gaul. Originally this type of temple was Celtic and was built out of wood. The Celts called them nemetons, stemming from the word nemeto, meaning holy wood enclosure.

Fanums had an inner sacred space called a cella. Its shape was typically square or circular. The cella housed the statue of the deity, and only priests had access to this inner sanctum. During certain ceremonies, the temple’s doors were opened so the god could gaze out to the masses. The cella was surrounded by a veranda, which served as an ambulatory where people could walk around it. Interestingly enough, I found a reference to the Celts circling around the cella, a traditional way to enhance the sacred energy inside.

When building any sacred place, earth energies were employed to give power and energy to the holy center.

As you can see, this temple was placed over a powerful configuration of subterranean water veins. The most sacred place is the crossings of three water veins and a few faults. Notice also that all the temple openings have water veins flowing through them and are roughly the same size. The center is a healing crystalline vortex of energy. 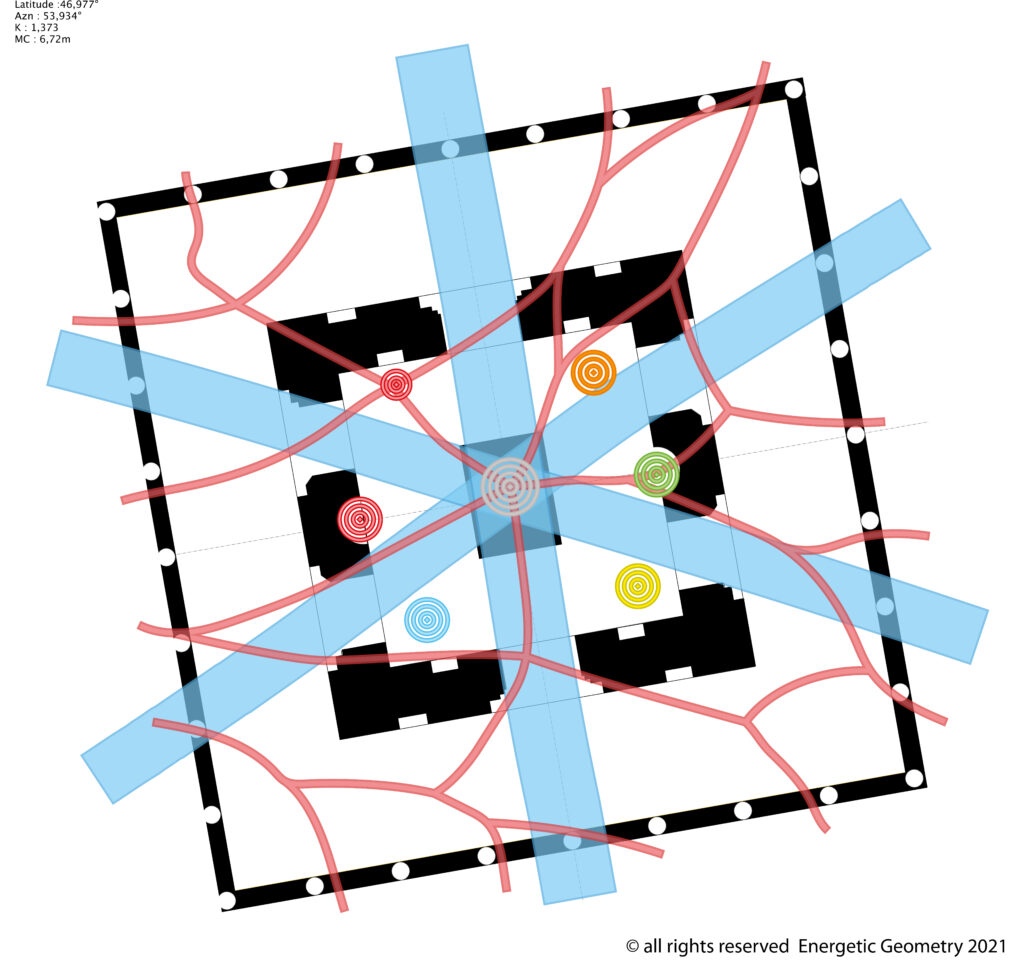 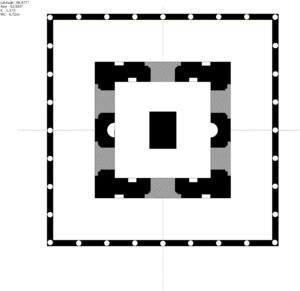 In the analysis of the geometry used by the master builder, the first thing we notice is that the temple is square-shaped. More than that, it was conceived with three concentric squares using a common building technique called a triple enclosure. Triple enclosures were used in temples and churches to strengthen, refine, and protect the sacred energy at the center.

The illustration below is the solar mandala of Autun and the Temple of Janus. This unique mandala is intimately connected with the sun’s annual rhythms throughout the year. It is called a solar rectangle (solsticial quadrilateral) because each corner is connected to the solstices. It becomes a complex mandala relating to the five elements, the seven chakras, and musical notes. Another essential thing to understand about this solar rectangle is that it is unique to each latitude and changes in shape and size with latitude changes. 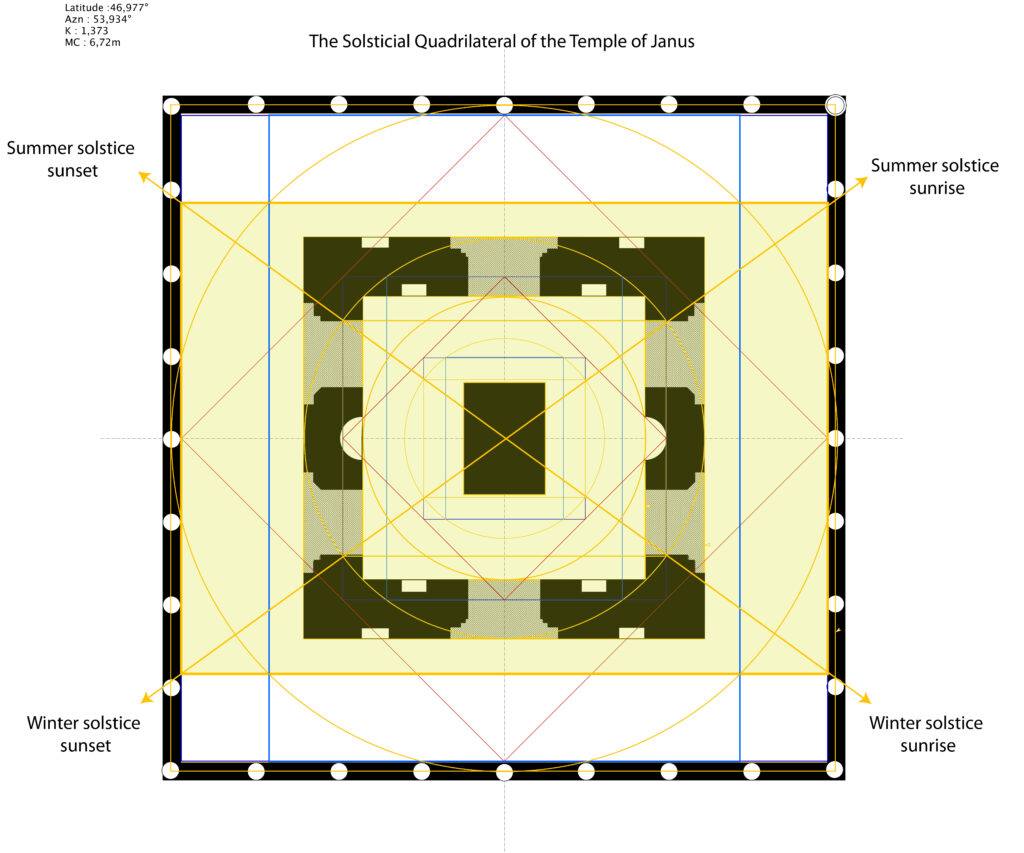 The solsticial quadrilateral was used as the beginning point to build sacred structures worldwide, and the Romans were part of this tradition.

In the Temple of Janus, the master builder employed different circles relating to the sun and a fractal of the solsticial quadrilateral to design the temple. The first solar circle is found at the intersection of the solar and lunar quadrilaterals. This circle forms the first sun square, as can be seen in the illustration. The outer wall of the cella is found by placing a square around the outside of the sun circle and the inner wall is found by placing a square inside of this sun circle. And the inner rectangle that the god would be placed upon is a solsticial quadrilateral connected to the golden mean. 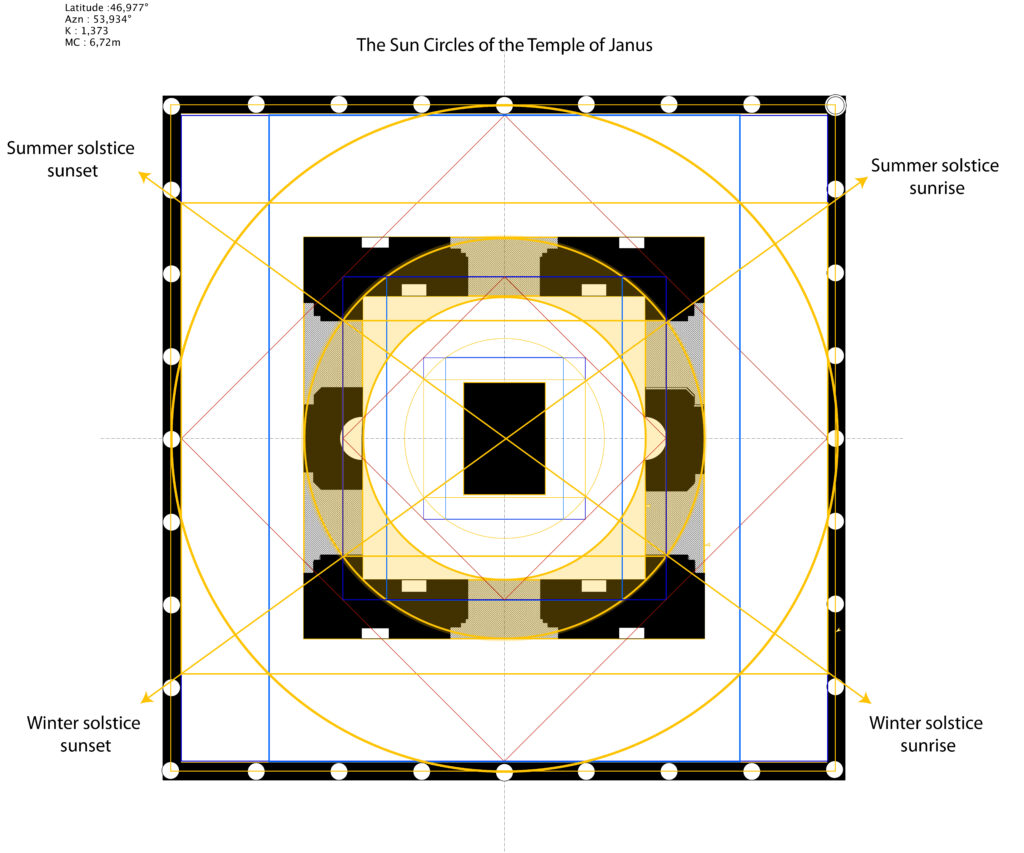 Everything in this temple relates to the sun, making it a very, very solar temple.

When you see this geometry, you begin to think that this temple is not dedicated to the God, Janus. The gods, Lugh, Mercury, or Apollo, were probably suited for this type of solar temple.

Lastly, there is a feeling quality associated with the healing abilities of every sacred site. Standing in the sacred center, you can notice this temple opens and balances the heart chakra and the lungs. It is connected to the air and ether elements. This type of energy is closer to the power of the God, Mercury. He is a god of the Air Element, a healer, and being the messenger of the Gods, was able to travel from the underworld to the spiritual realms. For the Celts, this place was a good match for the God Lugh, their solar god.